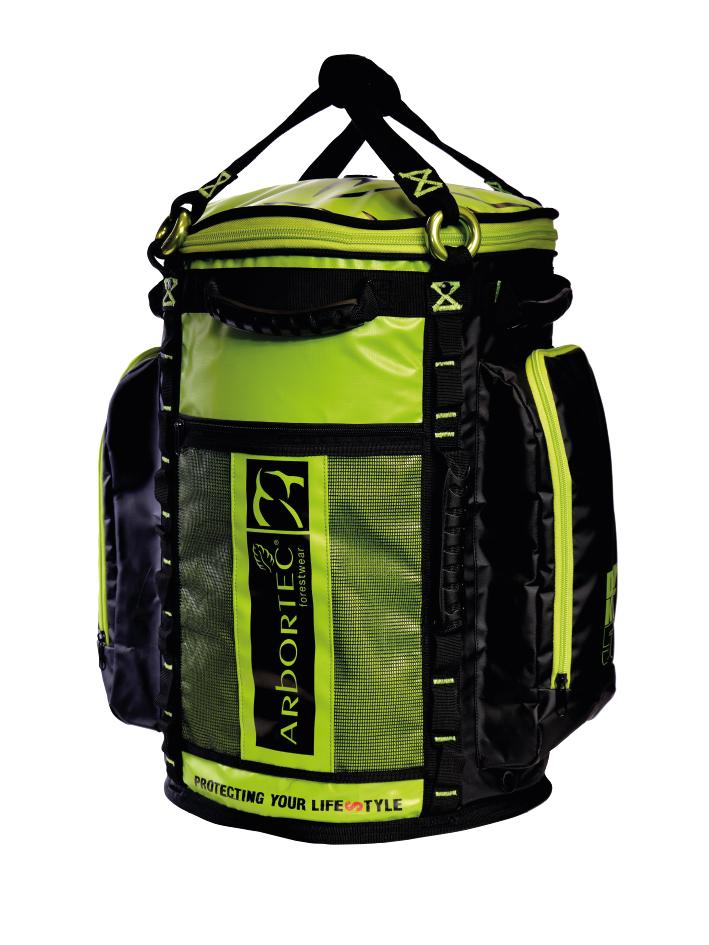 The sturdy webbing carrying system of the 55L Cobra rope bag extends right around the base of the bag and is connected to hauling points via 4 aluminium rings; allowing for replacement of handles should they become damaged or worn over time.

Built from tough and waterproof PES/PVC tarpaulin fabric, the 55L Cobra rope bag is also reinforced on the verticals with extra supports, to ensure the perfect "bucket" shape. The bag will easily swallow a 50m climbing or rigging rope, with plenty of spare space for other climbing or rigging gear.

The bag has a zippered lid with overlapping storm flap and a rope access point in the centre with rubber seal to prevent dirt ingress. There is also an ID card holder on the lid and plenty of karabiner loops on the sides of the bag.

Other features include a drain hole in the base and further ventilation points around the bag to prevent mildewing of damp rope.

For ease of use Arbortec have included a padded shoulder harness system which turns the 55L from a rope bucket into a fully-fledged backpack with fully adjustable straps.

A secure site by Somersetdesign